Which foods reduce the risk of AMD?

Mackerel can maintain your macula. Salmon and spinach could save your sight. And pistachios help preserve pin-sharp vision.

That was the message from Professor Bamini Gopinath – an epidemiologist and MDFA Research Grant recipient whose research focuses on the links between AMD and lifestyle factors like diet – when she joined MDFA’s webinar series.

“We know that having a genetic risk of AMD can increase the chances of the disease developing by around four times,” Professor Gopinath told the MDFA webinar.

Eat for your eyes

While smoking is the strongest modifiable risk factor for age-related macular degeneration (AMD), diet is second on the list.

As well as cutting the risk of being diagnosed with AMD, nutrition can slow the progression of the disease if you’re already living with it.

“They should be aiming to eat fresh fruit daily and choosing low glycemic index or low GI foods rather than high GI foods and eating fish at least twice a week, as well as eating a handful of nuts two to three times per week.

“So essentially AMD patients should be aiming to have a healthy and balanced diet to ensure that they get the right amount of nutrients to maintain optimal macular health.”

What foods are good for your macula?

Professor Gopinath recommends the following foods to reduce your risk of AMD, whether or not you’ve been diagnosed with the disease.

Fruits high in Vitamin C like oranges, strawberries and kiwi fruits. Professor Gopinath said: “All adults should be aiming for a rainbow of fruits and vegetables as part of their habitual diet to ensure that they’re getting an adequate amount of nutrients to maintain optimal macular health.”

Oily fish such as salmon, sardines and mackerel. Professor Gopinath said: “Fish and seafood should be eaten at least twice a week and they are a great source of omega-3 fatty acids and these fatty acids are also important nutrients for macular health.”

Low GI foods like wholegrain bread, cereal and pasta, plus muesli and oats. Look for the low GI symbol on packaged products. Professor Gopinath said: “Low GI foods compared to high GI foods are those that are digested and absorbed at a slower rate and low GI foods as a result increase blood sugar levels or insulin levels at a much slower and lower level than high GI foods. People who eat more low GI foods rather than high GI foods have a lower risk of developing a range of chronic conditions like heart disease, diabetes and obesity, and they also have a lower risk of developing AMD in the longer term.” 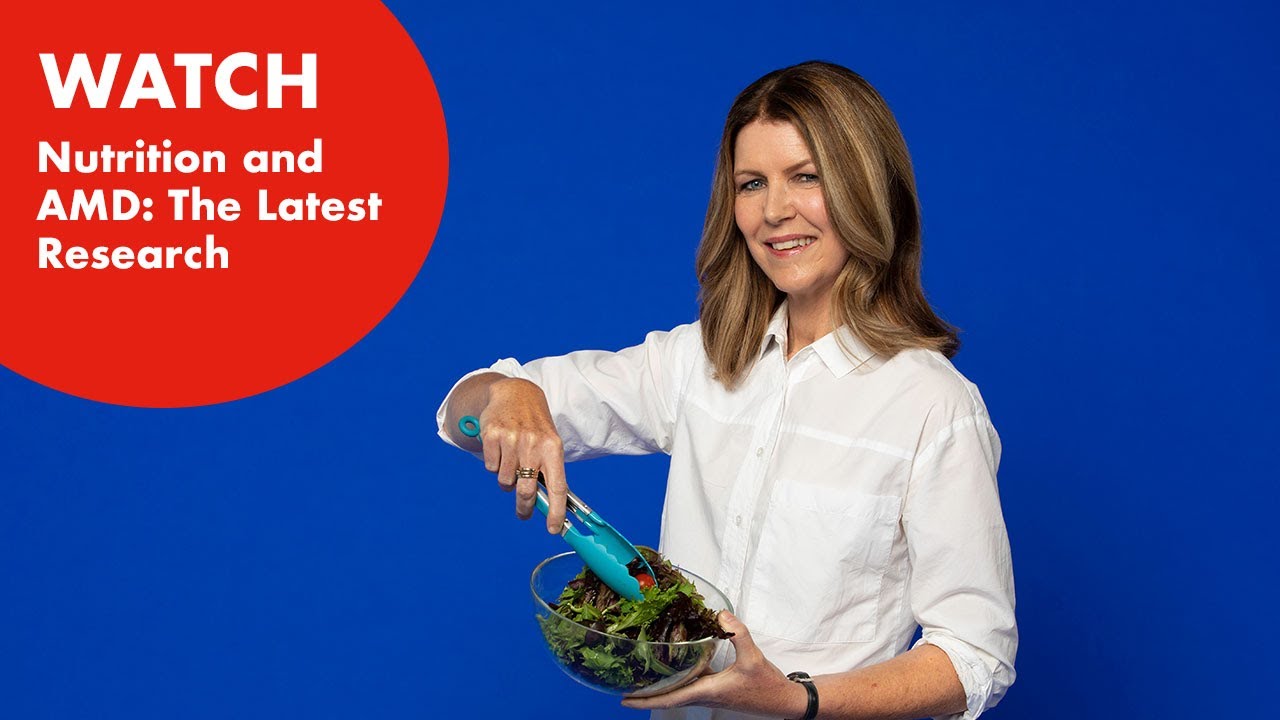 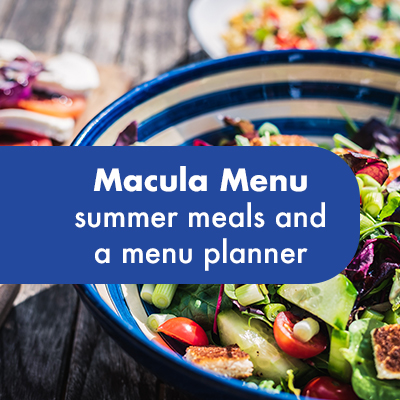 Register for a webinar

Our webinars are free and cover a wide range of topics, relevant to the macular disease community.