Fifteen years ago, the management of wet (neovascular) age-related macular degeneration (AMD) was revolutionised with the introduction of anti-VEGF eye injections.

This treatment saves sight. And Australia is now one of the world leaders in the treatment of macular disease.

But we’re concerned that despite its benefits, for many Australians, the barriers to accessing this treatment are too great.

The proposal for a rebate cut

In 2019, an independent Medicare Benefits Review Taskforce made a recommendation to cut the Medicare rebate for eye injections by 69 per cent. Despite opposition from the eye health sector, this recommendation was retained in the final report, published in December 2020.

While MDFA supported many of the 19 recommendations made by the MBS Review Taskforce, it had concerns about the impact of this proposed rebate cut to patients in a system that is already challenging for many to access.

To counter this recommendation, MDFA engaged with both the Government and the Opposition, and commissioned economic modelling from PwC.

That PwC research estimated that the proposed cut would trigger out-of-pocket costs for wet AMD patients to balloon from the current $1,900 per year to $3,900 per year – double if the disease impacts both eyes.1

Out-of-pocket costs are a driver of patient adherence to treatment. Our modelling showed that the proposed cut would have resulted in an additional 47,000 Australians experiencing permanent vision loss or blindness in the next five years.

The issue was brought to prominence with a nationally televised address to the National Press Club by our Patron, Ita Buttrose AC OBE.

Sharing stories from patients right across Australia, our campaign gave a strong voice to the 47,000 Australians who would have risked going blind if the Medicare rebate was reduced.

And both of Australia’s major political parties listened, committing to rejecting the proposed cut when either forms the next Government after the Federal Election.

This news is a great result for the macular disease community. People shouldn’t have to choose between buying groceries and going blind.

More work to be done

While this is welcome news, there is more work to be done to ensure all Australians have access to sight-saving eye injections.

Government data shows that 25 per cent of patients receiving eye injections drop out of treatment after the first 12 months, leading to irreversible vision loss or blindness.2

Even with the current Medicare rebate, eye injections are expensive.

Our research, prepared by PwC, has found that the average patient currently pays $1,900 in annual out-of-pocket fees for anti-VEGF treatments. This is doubled if they need injections in both eyes.

Twenty-nine per cent of patients have considered delaying or stopping treatment due to the cost of treatment. The same number reported that they were unable to pay or had to cut back on personal care and wellbeing expenses to afford treatment.

More than 10 per cent of patients reported that they had to choose between food and groceries or treatment.

The barriers: Accessing treatment in rural and regional areas

Most ophthalmologists (approximately 84 per cent) are based in major cities. This means patients in rural and regional areas struggle to attend the frequent eye injections needed to maintain their sight.

There are over 70 locations, or 18,000 patients, where access to eye injection treatment is either non-existent or low, that is, there are few services or long travel times.

When we surveyed patients as part of the PwC research into the impact of the proposed MBS rebate cut, we found 15 per cent of macular disease patients travelled over one hour to get to their treatment.

For many, this barrier is too much. 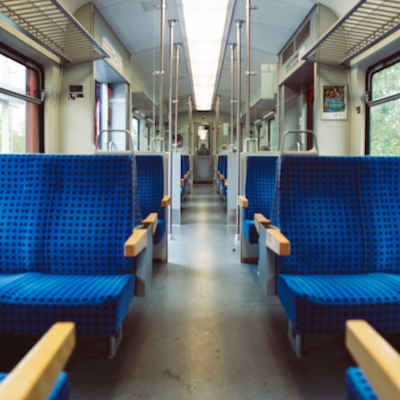 I travel from the country to Perth for my eye injection every two months.

My daughter takes time off to take me, or I travel by train, and stay overnight at my grand-daughter's home. She then arranges her schedule to take me for my treatment, and then returns me to the train in time to return home, a two and a half hour trip. Then my sister meets the train and takes me home. This is quite an involved process for an 85-year-old.

The barriers: Accessing treatment due to transport

For some, it isn’t necessarily distance, but access to transport.

The barriers: Accessing treatment in a public hospital

In Australia, only 18-22 per cent of eye injections are provided in public hospitals or bulk-billed clinics.

While 156,000 Australians are estimated to live with wet AMD, only 51,000 are receiving treatment.

I lost the sight in my eye from wet AMD because of COVID and a backlog of patients. Treatment needs to be made affordable for pensioners, and more easily accessed.

While eye injections treat wet AMD and other macular disease such as diabetic macular oedema, they aren’t a cure. That means you need to maintain regular injections – often for the rest of your life – to maintain best possible vision.

The time between eye injections ranges from between four and 12 weeks. If you stop eye injections, there’s a real risk of irreversible vision loss or blindness.

It can be challenging to adhere to a treatment regime that requires frequent injections. Treatment burden is cited as one of the main reasons people give up.

“Actually, I’m getting really tired. My eye is really, really sore… I might mention to my ophthalmologist that I might have had enough.”

Within the first 12 months of treatment, approximately one in five patients give up. At the end of five years, more than 50 per cent of patients drop out of treatment. An estimated 80,000 Australians will progress to severe vision loss or blindness due to non-adherence to eye injections over a five year period.

How many people does this impact?

Age-related macular degeneration (AMD) is the most common macular disease for older Australians.

AMD is estimated to impact one in seven people over the age of 50.

AMD accounts for 50 per cent of blindness in Australia.

Over 1.8 million Australians have some evidence of macular disease.

We’ve put forward three solutions, which largely use services and facilities that are already in place. MDFA costed these proposals as part of our research and we are confident they could be rolled out immediately.

1. We need new, low-cost clinics in regional areas. This would allow patients to access treatment without having to travel to the city. Many city clinics are costly and at capacity.

2. We have put forward proposals to address the lack of ophthalmologists in rural and regional Australia. As well, the size of the workforce could be increased by using ophthalmology registrars under supervision of experienced, qualified ophthalmologists.

3. Empower patients to become better informed about ophthalmologists’ fees. Patients should have the information they need to speak up and ask for reduced fees, if they are unable to afford ongoing treatment.

These proposals will need both federal and state government investment, but the benefits are immeasurable.

Every 1,000 wet AMD patients left untreated will result in approximately $20 million being added to the Government’s annual health system costs.

How you can help

I want to tell my story

You can give us a call on our National Helpline and let us know you’d like to tell your story over the phone.

Stories from our community

When Valerie Edwards noticed a bend in her sewing needle, she immediately went to her ophthalmologist and diagnosed her with wet AMD.

Our annual awareness campaign, Macula Month runs from 1-31 May 2022.

“This is really good news”