The Medicare rebate cut has been rejected by both major political parties, in a major win for the macular disease community.

“And I’m so pleased for all those 47,000 that had the potential to be in real trouble”

Mike from Cronulla, 77, enjoys working as a building maintenance contractor.

But when he retires – as he plans to do when he turns 80 – he’s concerned he won’t be able to afford the treatment that saves his sight.

Without them, Mike’s eye doctor told him he’d be blind by now. And if he could no longer afford treatment, that’s the fate he’s staring at.

“The injections have worked very well and I am extremely grateful for the medicine and the Government support through Medicare,” Mike says.

“The downside is that treatment is expensive.”

That’s why Mike was alarmed by a proposal to cut the Medicare rebate for eye injections. It’s a proposal that would have made his life-changing treatment even more expensive.

In December 2019, the independent Medicare Benefits Schedule (MBS) Review Taskforce for Ophthalmology recommended a 69 per cent cut to the Medicare rebate for sight-saving eye injections.

We commissioned economic modelling which found the proposed cut would cause wet AMD patients’ average out-of-pocket costs to balloon from $1,900 to $3,900 a year. It would be double if you receive injections in both eyes.1

This extra out-of-pocket cost was estimated to force 47,000 Australians like Mike to give up treatment over a five-year period.1 And when you stop receiving injections, you risk going blind.

However, as Macula Month kicked off at the start of May, there was good news for the macular disease community.

Both major parties have now committed to rejecting the recommended cut if they win office after the Federal Election.

“I am so happy. I am so relieved, and I’m so pleased for all those other 47,000 that had the potential to be in real trouble,” Mike says.

“If both parties had not committed to maintaining the current rebate, I would have definitely had to make a decision to stop my treatment when I stopped work, because I would have to look after my wife’s medical problems as a priority.

“I can now get on with life and not have to worry about the cost of maintaining my eyesight. Down the track, I think I’ll find a way to continue treatment even when I stop work.”

As the national peak body for the macular disease community, we’d raised patients’ concerns about the proposed Medicare rebate cut with both sides of politics.

We launched a media campaign for Macula Month, sharing the stories of people like Mike who would be affected if the cost of their treatment increased.

Then in a major win for the macular disease community, Health Minister Greg Hunt and Shadow Health Minister Mark Butler both confirmed that their parties will not consider this recommendation when either form the next Government.

“Thank you to both the Government and the Opposition for agreeing to save the rebate. That is good decision, whichever way you want to look at it,” Mike says.

Congratulations to Macular Disease Foundation Australia, who have pushed and pushed and come up with an absolutely tremendous result.

“The benefit to all is just incredible.”

Mike is relieved the proposed rebate cut has been taken off the table after three years of advocacy from MDFA.

By representing the needs of patients to our political leaders, we makes sure every Australian living with macular disease had a strong voice in Canberra.

Mike is happy his voice has been heard – and now he can get on with living his life.

“I’m a happy camper at the moment,” he says.

“I’ve got good eyesight. My lifestyle hasn’t changed. I can play golf and I can see if my brother’s picking up the ball or taking an extra shot! And I can go surfing.

“I can do whatever I want. And I’d like to be able to do that until the big curtain.”

MDFA undertakes advocacy work in accordance with its charitable purpose and in accordance with the guidelines set by the Australian Charities and Not for Profit Commission and complies with relevant legislation. We are not aligned to any political party and work with both the Government of the day and the Opposition and always maintains our independence. 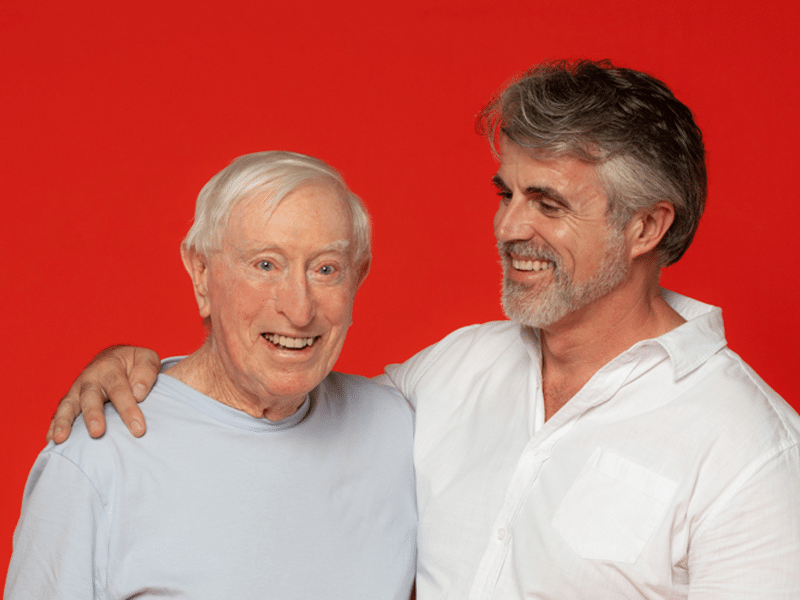 There’ll be NO 69% Medicare rebate cut

The proposal to cut the Medicare rebate for sight-saving eye injections has been rejected by the two major political parties ahead of the Federal Election.

MDFA is here to provide information, advice and support to help people living with macular disease, their families and carers. Call our National Helpline on 1800 111 709. All MDFA services are free.