Stars urge Aussies in their 50s to have an eye exam

Stars urge Aussies in their 50s to have an eye exam

Check My Macula is a short online quiz that helps 50-something Aussies learn their risk factors for macular disease then book a potentially sight-saving eye exam with an optometrist.

“I absolutely would implore everybody to go and get themselves checked and make sure that hopefully you’re fine and everything is clear, and if not, then you’ve got the time to address it and there are experts out there that can help,” says MDFA campaign ambassador Mel Doyle.

One in seven Australians over 50 has the early signs of age-related macular degeneration (AMD) – Australia’s leading cause of blindness – but may not know it until it’s too late.

A YouGov Galaxy polled commissioned by MDFA has revealed one only in 10 Australians aged 50 to 59 can identify the major risk factors for AMD,  and although more than 80 per cent know they should have an eye exam every two years, almost 40 per cent gamble with their sight by skipping them.

That’s why MDFA has launched Check My Macula (www.CheckMyMacula.com.au), in a bid to help Aussies in their 50s understand their risk of macular disease as well as the importance of regular eye exams.

“If you’re over 50 and you don’t know your risk factors for macular disease, you’re at risk of going blind. It’s that serious,” says entertainer Shane Jacobson, who voices a quirky television commercial promoting Check My Macula that hit screens today.

“But Check My Macula, it’s a quick online quiz that tells you your individual risk factors in five easy questions in less than a minute, then helps you book a check-up at the optometrist, so simple and so worth it.”

Long-time MDFA Ambassador Jean Kittson – who voices the ad alongside Jacobson – has a direct family history of macular disease. Jean’s mother Elaine, now in her 90s, has lived with AMD for more than 30 years, which means Jean has a 50 per cent of developing the condition.

“Now I’m in my 60s, there’s a lot to check: my hearing, my skin, my eyesight, the list keeps growing,” Jean says. “However, because of my family history, I do make sure that I get an eye test and macula check every year.”

TV host and radio broadcaster Chris Smith is a walking, talking example of why everyone should visit the optometrist for regular eye exams after turning 50. The broadcaster was just 52 when he was diagnosed with AMD.

“That was a shock,” the now-57-year-old admits. “It obviously upset me a lot, but it’s stabilised, and that’s a good thing. The earlier they can get in and help you, the better it is.”

NRL commentator Andrew Voss also has a one-in-two chance of being diagnosed with AMD because his mother Lola, aged 90, has been living with the condition for more than a decade. The Fox League and 1170 SEN personality schedules his annual eye exam on the eve of the season kick-off each March.

“Your sight’s not a right. Your eyesight’s a gift,” Vossy says. “Do not take the attitude she’ll be right — get it checked. While we don’t have cures for AMD at the moment, we do know that early detection is so, so vital.”

Sydney radio star Brendan Jones – one half of WSFM’s top-rating Jonesy and Amanda Keller breakfast show – recalls an incident on the back of his Harley-Davidson, when a piece of debris affected his vision in one eye. A visit to the emergency room quickly remedied the issue, but taught ‘Jonesy’ not to take good eyesight for granted.

“What I learnt from that day is how resilient your eyes are to heal themselves,” he says. “So if you look after them, if you find something early, there’s a good chance you’ll be able to head it off at the pass.”

Channel Seven Sunrise’s entertainment editor Nelson Aspen is diligent with his regular eye exams, and not even COVID-19 could stop him making his annual visit to the optometrist. In fact, his September check-up was the first time the US-based show-biz guru set foot on the New York subway since March.

“I got back on the subway and I went to my eye appointment with my mask on,” Nelson says. “That’s important to let people know nowadays, that the optometrist is a safe place to go – don’t put it off.”

Note: The voice of Shane Jacobson has been replaced in the video due to expiry of the licence agreement. 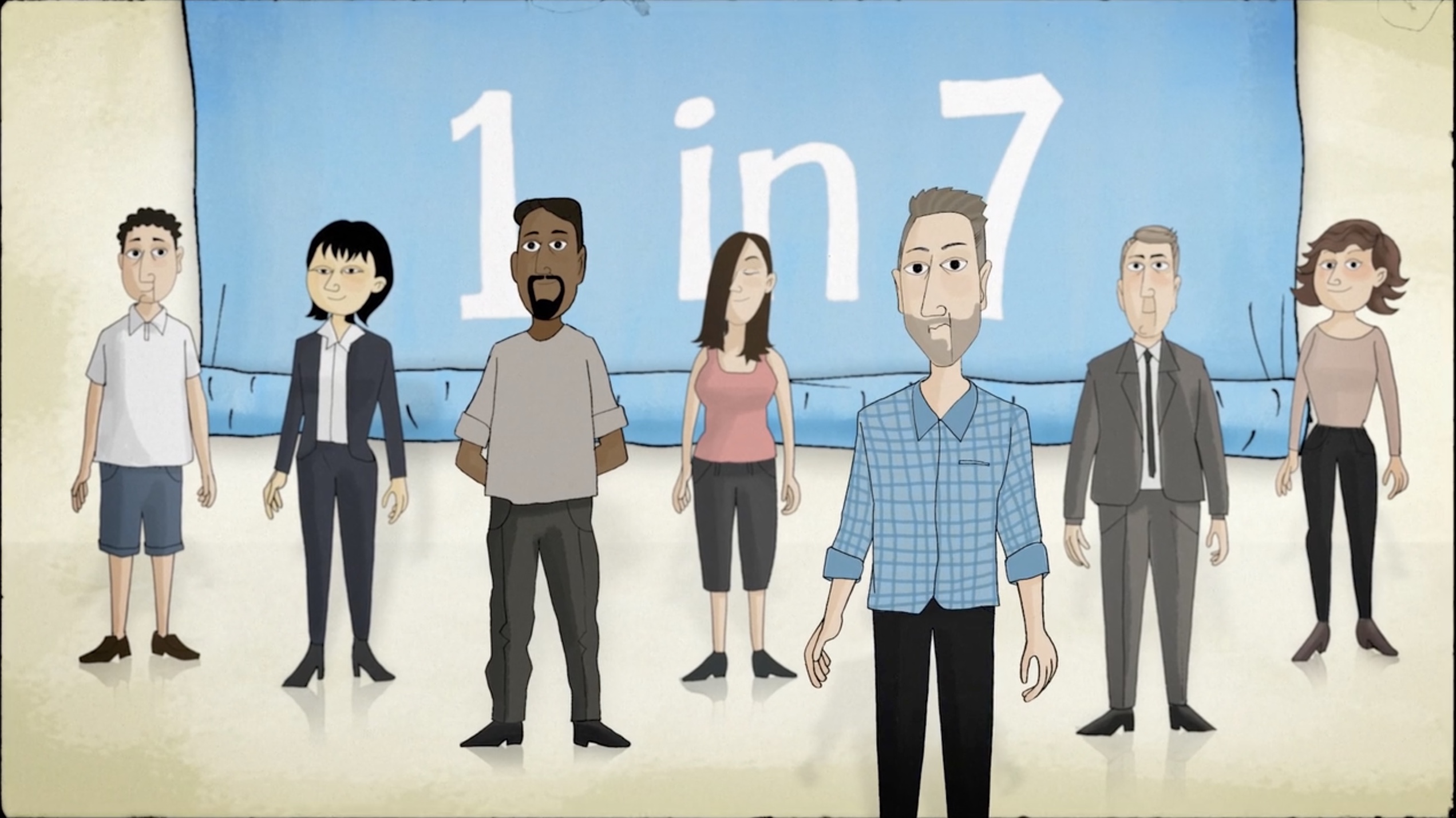 One minute is all it takes to learn your risks of macular disease.