In the lab: Professor Erica Fletcher

Understanding how AMD develops and why it progresses.

The building blocks of fundamental research

Currently, there is no way to predict who will develop age-related macular degeneration (AMD), nor stop the progression of the disease.

But MDFA funding has allowed Professor Erica Fletcher to take strides towards identifying people at risk and potentially developing a new treatment.

You cannot develop medicines or treatments for disease unless you first have undertaken fundamental research.

Researching the underlying mechanisms that lead to the development of AMD is personal to Prof Fletcher, whose great aunt lost vision to neovascular (wet) AMD late in her life.

Having seen first-hand the effect AMD has had on her loved ones, Prof Fletcher is acutely aware of the impact this condition has on people and their families.

With a specific focus on the early stages of AMD and interrupting the disease’s progression at that point, Prof Fletcher’s goal is to prevent many of the changes that lead to vision- threatening forms of AMD.

Our support for Prof Fletcher’s work

Prof Fletcher’s Department of Anatomy and Neuroscience at the University of Melbourne has undertaken several studies to better understand why AMD develops and progresses.

MDFA’s Research Grants Program has supported two of these projects, which explored how waste disposal systems in the eyes malfunction during AMD.

The first – a $400,000 grant awarded in 2013 – determined that the signalling of immune cells via receptors called purinergic receptors influences the removal of debris as we age, predisposing people to the disease and its progression.

The second – a $180,000 grant awarded in 2017 – investigated whether the early stages of the disease occur because of defects in how cellular waste is removed.

Quantifying the phagocytosis (removal of waste) by monocytes (a type of white blood cell) in people with AMD compared to a healthy control group, Prof Fletcher found that monocytes are functionally abnormal early in the disease and that it is possible to generate therapies that enhance phagocytosis.

More work is needed to investigate whether targeting monocyte phagocytosis can reduce the development or progression of AMD, but this research could eventually help screen people at risk of AMD and develop new treatments for the condition.

One of the significant findings was that even though AMD is an eye disease, there are changes that occur in immune cells within the blood at a much earlier stage.

Prof Fletcher’s research underlined how important systemic factors are to the development of macular disease.

Prof Fletcher’s long-standing AMD research program has been recognised with the Nina Kondelos Award from the Australasian Neuroscience Society and the H Barry Collin Medal from Optometry Australia.

MDFA’s funding also led to nine peer-reviewed publications appearing in leading biomedicine and ophthalmology journals like the American Journal of Pathology, Frontiers in Medicine, and Investigative Ophthalmology and Vision Science.

Prof Fletcher has received further National Health and Medical Research Council (NHMRC) funding to continue her research, and holds an NHMRC Development Grant to evaluate a novel way of reducing vision loss in those with wet AMD.

This additional government funding deepens our understanding of the disease, which is crucial to exploring treatments to reduce vision loss.

In the long term, Prof Fletcher hopes to develop tools that identify people at higher risk of progression, as well as treatments that stop the changes in the body that lead to macular disease. 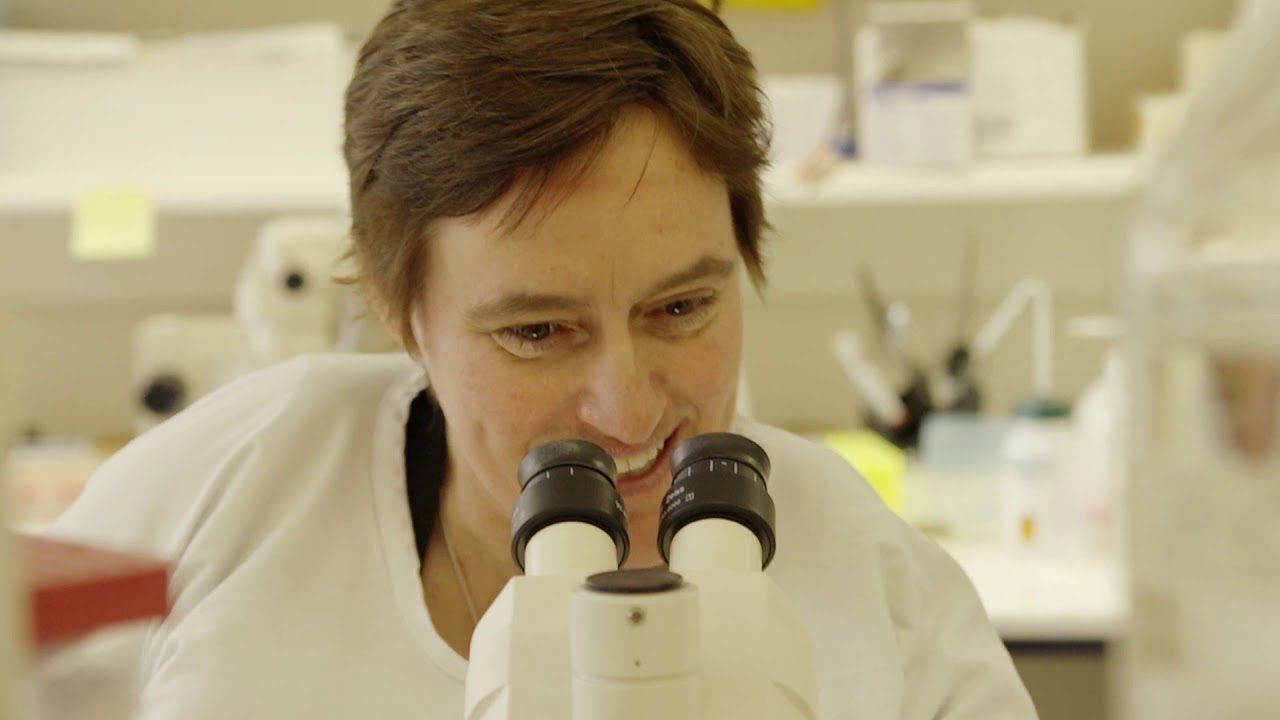 This article first appeared in our publication 10 Years of Impact: Reflecting on the impact of investing into macular disease research.